To set the stage for the upcoming CIU men’s and women’s basketball seasons, an electric atmosphere was created in the Moore Fitness Center gymnasium where the team members were introduced during an evening of zany fun.

Refreshments, an Amazon gift card raffle, and free T-shirts in the lobby were just the beginning. As students piled into the gym, additional fun was waiting for them, including a slam dunk contest that was open to both the spectators and the athletes, a dance competition, and a tug of war game.  After these, the Rams fans got their first look at the roster of players on both the men’s and women’s basketball teams for the 2021-2022 season.

CIU junior Joseph Brinkley said it was great to see the student body come together and celebrate the new basketball season.

"The tug of war, especially, was really fun, although I’m a bit biased because I won,” he added with a laugh.

Community is at the heart of CIU. Check it out. With record enrollment for five straight years, CIU consistently ranks among the Top Regional Universities in the South by U.S. News & World Report, as well as a Best Value Regional University in the South. Request information on enrollment at CIU and Columbia Biblical Seminary or call (800) 777-2227, ext. 5024. 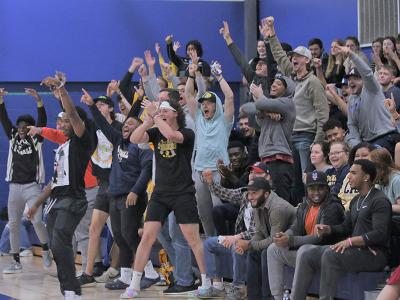 Packing the Moore Fitness Center for some Moore Madness. 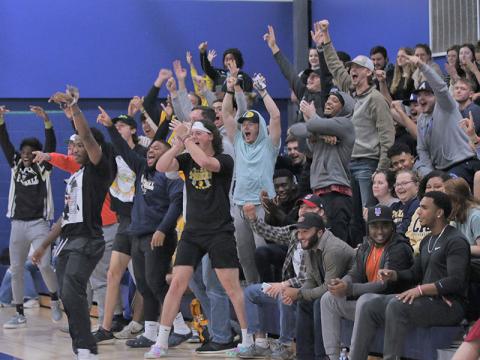