“I’m not a pastor. I’m just a guy who loves sports and I’m crazy about Jesus.” That’s how Michael Boulware, former NFL standout for the Seattle Seahawks opened Chapel as guest speaker.

Boulware was drafted by Seattle in the second round of the 2004 NFL Draft and played for the Seahawks in Super Bowl XL.

He came to CIU to tackle a difficult topic: sexual purity.

“It is God’s will that you should be sanctified: that you should avoid sexual immorality; that each of you should learn to control your own body in a way that is holy and honorable, not in passionate lust like the pagans, who do not know God…”

“The body, however, is not meant for sexual immorality but for the Lord, and the Lord for the body.”

Boulware pointed out that the Bible specifically tells us to flee and abstain from all sexual immorality.

“When I fast, I am not going to an all-you-can-eat buffet!” Boulware stated comparing a food fast to sexual abstention before marriage.

Boulware grew up in Columbia where he played football at Spring Valley High School. He played college football at Florida State where he encountered many temptations. He gave students advice on how he was able, and is still able, to avoid sexual immorality noting three things to guard: your eyes, your ears, and the company around you.

Boulware admitted that involves a willingness to be culturally “weird,” admonishing students to take notice of what they were consuming in the way of videos, social media, music and the company they keep.

“You probably know the Word, and may even go so far as to tell people about it,” said Boulware. “But do you live it out?”

Students pondered this question as Dan Coy, CIU’s dean of Spiritual Life, led the students in the chorus of a traditional hymn: “Turn your eyes upon Jesus, look full in His wonderful face, and the things of earth will grow strangely dim, in the light of His glory and grace.”

Take a look at the local media coverage of Michael Boulware in CIU's Chapel from ABC Columbia. 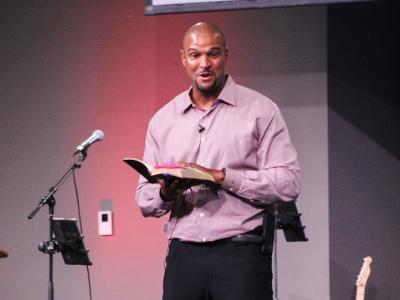 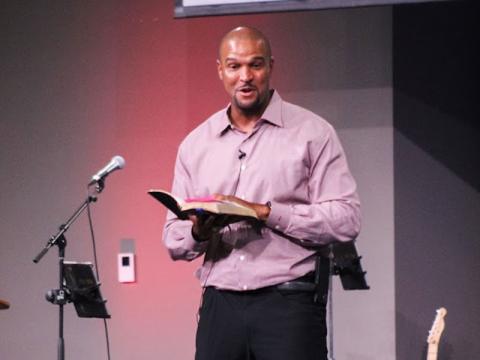