It was an exciting day for students enrolled in the Sport Management program at Columbia International University as they met Corey Miller, a former linebacker for the New York Giants and Minnesota Vikings.

Miller introduced himself for what he is best known — professional football. But what stood out most about his presentation was his heart for the Lord. He shared his life story which began as a football-loving kid from a devout Christian family in rural South Carolina. He had always dreamed of playing in the NFL and putting his hometown on the map, but was afraid this would be impossible, as “everybody had aspirations, but not opportunities.”

Miller’s dream came true when he became a football star at the University of South Carolina and was drafted by the New York Giants after he graduated; however, it was not exactly the high life he had expected. He said life took a turn for the worse because he had “accepted the world’s bribe,” a phrase he repeated throughout the presentation to show the importance of living for God rather than man. Noting his playing days with the New York Giants, he encouraged the students to be “giants for Christ” instead of the world.

Miller stressed the importance of team unity, something he learned from his football days. He told students that even if they never play professional sports, team unity is still important because teams are everywhere, including the Church.

“All Christians,” he said, “should think of themselves as on the same team regardless of race, political affiliation, or denomination, because unity is beautiful.” 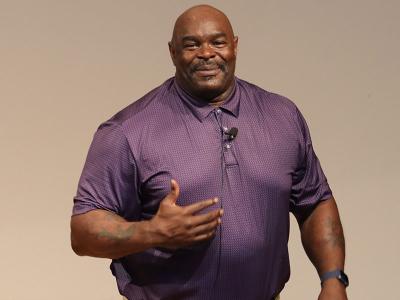 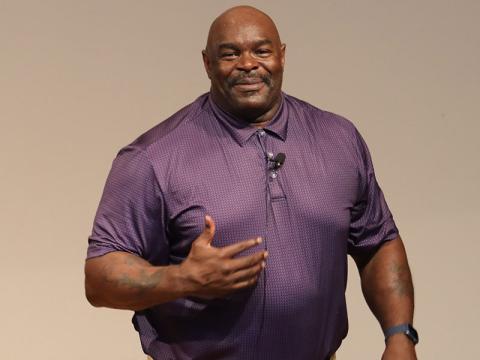